A few of my digital images from Kenya

Just got back from Kenya a couple of days ago. Still got lots of film to develop from my travels but here are some of my shots I did while shooting for my USP grant. I only plan on putting a couple of these images in the book, but I just thought these were the ones people might enjoy looking at more. Let me know what you think! Check out my blog for the rest 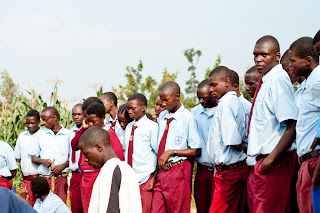 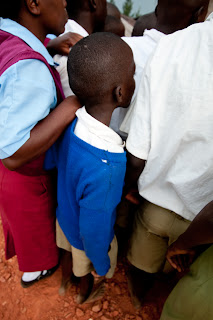 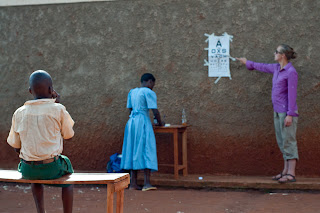 Posted by Justin L. Stewart at 9:14 AM No comments:

Woke up this morning to see our very own Collin Avery on Lenscratch! Great job Collin!!
Posted by John Schlepp at 6:36 AM 4 comments:

two images from my final project for Kyle's summer landscape class at Fairy Lake and Hyalite. shot with a hasselblad 501c and a distagon f4 50mm. exposures ranging from 1 min - 10min @ f16.
Posted by markalee at 12:28 AM 8 comments:

My final project for Kyle's Landscape class, check out the link for the whole series. 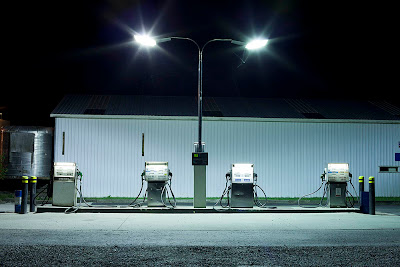 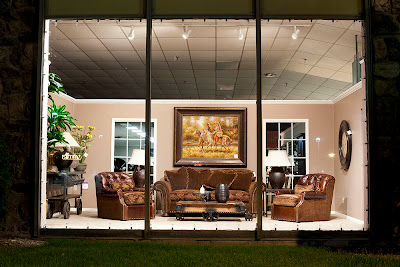 The recent discussion of MSTI got me thinking about power transmission lines and the landscape. The large towers are 500kv Bonneville Power Administration lines as they pass north of Boulder by the Pegasus Gold Mine. One of the proposed MSTI routes is to run a new 500 kv line just like these parallel to it. I have grown up my whole life with these lines so I am used to them being part of the environment, however I took these picture to try to imagine two of these running parallel across the landscape. 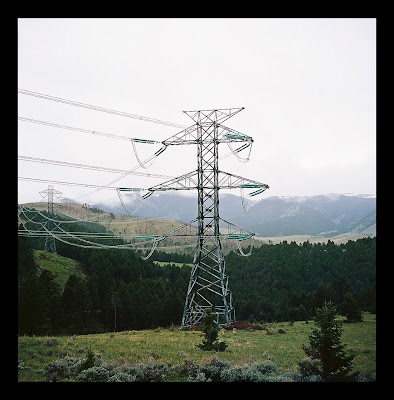 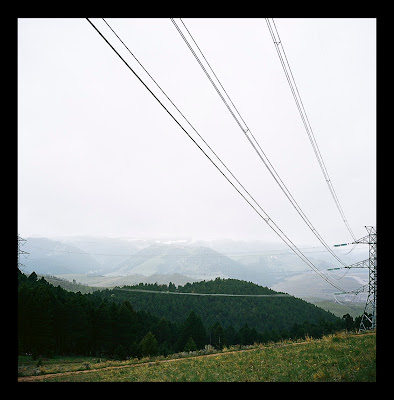 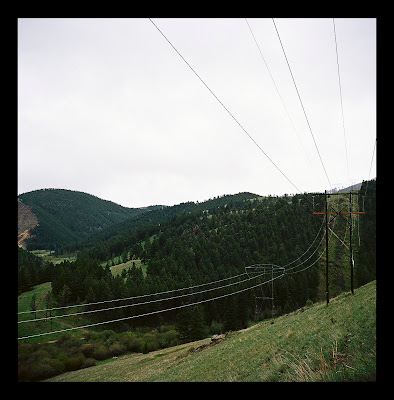 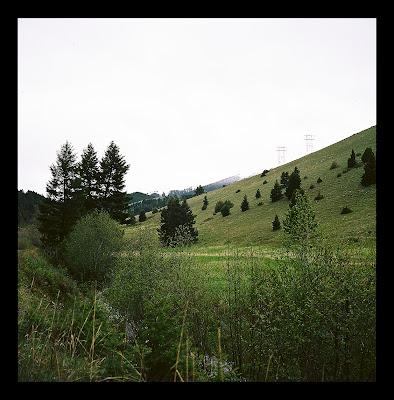 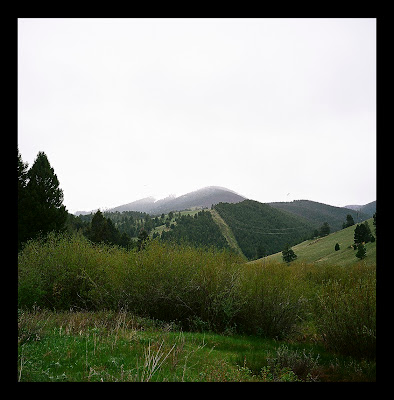 Hello All! A friend of mine contacted me about volunteering to photograph events at Sweet Pea, and I told her I would spread the word. Images will be published in the magazine they make after every Festival. You would still have to pay for a wristband, but she will be able to hook us up with backstage passes and cool name tags. It isn't going to be full coverage of the event, just a couple of events and some candid type shots. If you are in town the first weekend of August and would be interested in volunteering a little of your time, shoot me an E-mail and I'll pass your name along. john@johnschleppdotcom
Posted by John Schlepp at 6:08 PM No comments:

I only take grainy black and white photos. 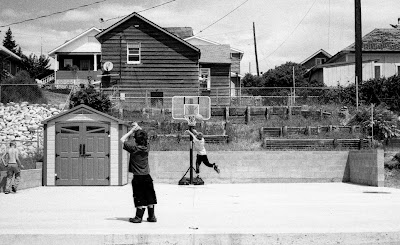 One of the random snaps I took in butte that I ended up really loving.
Posted by J.R.Early at 6:37 PM 2 comments:

My skate friends and I took a little road trip to Helena last weekend and shredded the skatepark. Here's a couple photos from the trip. 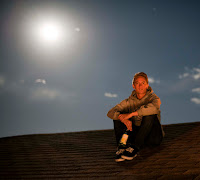 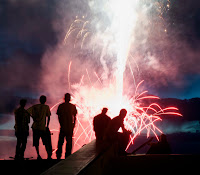 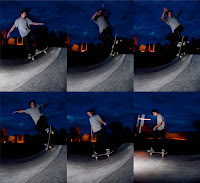 Posted by nash addicks at 3:21 PM No comments:

Hey everyone. I started a new project last week that is not really defined yet but I'm looking for cool/interesting/unique people in Bozeman doing cool stuff...stuff that makes a difference. The purpose is to spotlight people and/or organizations that may not be well known. Do you have any suggestions for people to photograph?

My first portrait and write-up is on my blog.

Posted by Sean Foulkes at 3:03 AM No comments: Posted by Sean Foulkes at 2:46 AM No comments:

Posted by Sean Foulkes at 2:33 AM No comments: 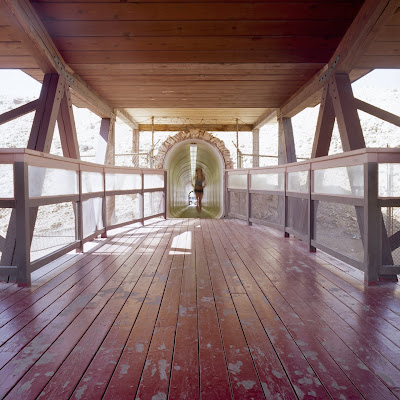 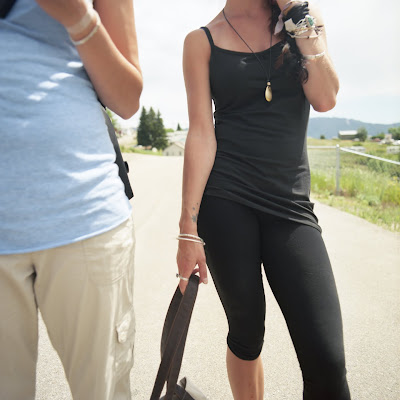 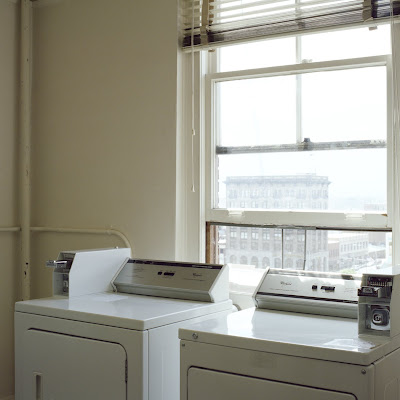 a few images from our day trip to Butte with Kyle's summer landscape class. it was my first time to Butte and i like.
Posted by markalee at 1:32 PM 2 comments: 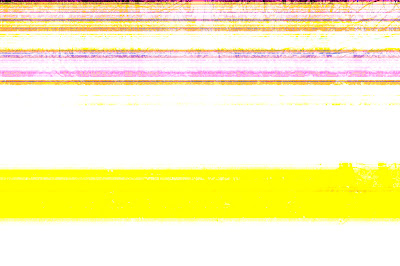 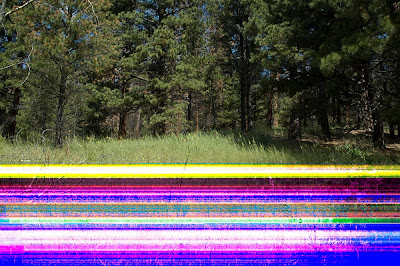 I was supposed to document some forest service weed spraying the other day with before and after photographs. I took 8 before pictures and they all turned out except for these two. I do not know what is wrong but they look fine when I preview them on my camera, but they transfer to my computer and look like this. I was wondering if anyone knows what is going on.
Posted by Brian H at 6:04 PM 5 comments:

No Digital, No Problem 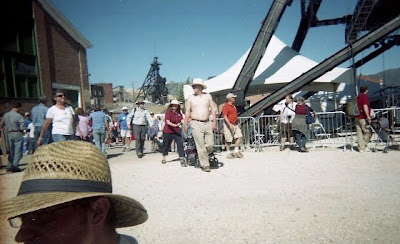 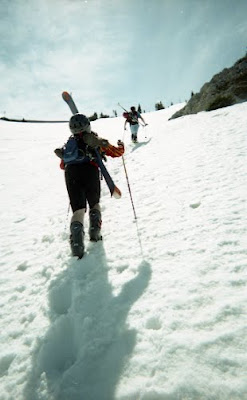 Greetings to all! This summer has been great thus far, but I keep finding myself in places where I don't want to bring my Pentax for reasons such as weight or the possibility of theft. This is why this summer has been devoted to the art of disposables. Costco develops and prints these latent image gems for cheap, but the prints look a little sub par to say the least. But when you scan the negs, there is a fairly decent tonal range and the details aren't bad either. The first was one of many bare chested brutes walking the Butte Folk Festival last weekend, The second, a hike up Hardscrabble to shed some summer corn snow. Let it be known, disposables are small, cheap, almost indestructible, and if lost won't cost a lot to replace (unlike digital point and shoots.) All in all an alright choice for snapshots of summer adventures, if you don't mind scanning.
Posted by John Schlepp at 4:20 PM 2 comments:

Hope everyone is enjoying their summer so far. Here is an image from the project I'm working on for the USP grant. which is photographing small towns in Montana (less than 1000 pop.). It is a view overlooking the town of Bear Creek. Most of the other photographs are within the towns themselves, but I tried to take some of the surroundings as well.
Posted by Anonymous at 2:12 PM 1 comment:

The Bozeman Public Library is hosting a photo exhibit as a part of One Book - One Bozeman. The deadline is coming up. See below for more information:
The deadline for submitting photographs to the One Book - One Bozeman community art exhibit is 5pm on July 25! Professionals, amateurs, and students of all levels are encourage to participate. The intention of this exhibit is to gather a collection of community photographs inspired by the 2011 OBOB book selection, Between a Rock and a Hard Place by Aron Ralston. Call Paula Beswick at the Library Foundation at 582-2426 for more information.
One Book - One Bozeman, www.onebookonebozeman.org
Posted by David Arnar at 11:02 AM No comments: 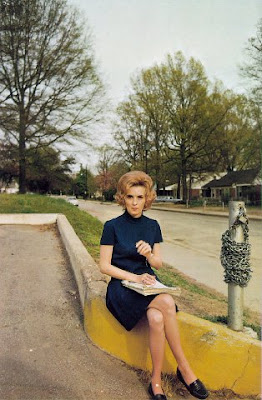 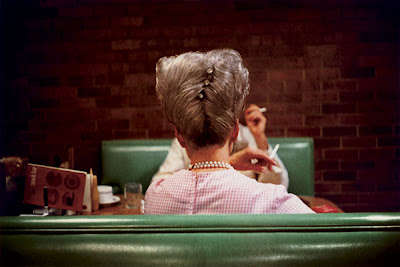 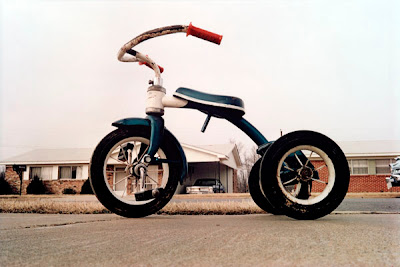 There was a recent arcticle in the Smithsonian about William Eggleston's work and how poorly received it was by many critics early on. The article was quite interesting and so were the two photos featured. The one of the back of the woman's head reminded me somewhat of Tyler's senior project, the one of the woman on the curb is one I found online that also reminded Tyler's senior images. Anways if you are bored and in the Library read the July 2011 Smithsonian article about Eggleston.
Posted by Brian H at 4:04 PM No comments: 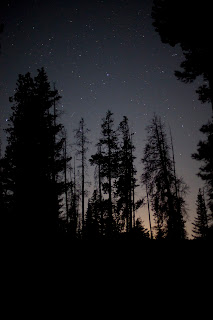 I put up some of my new stuff on my blog about five minutes ago, but thought I should share my favorite image with y'all.  It was taken up at the Hylite Reservoir late last night using a 5D Mark II, 50 mm lens, f/1.4 and a shutter speed of 4 seconds.  I liked this image because it reminded me of a scene from E.T.  The rest of the images are on my blog.
Posted by Aly at 12:11 AM No comments: 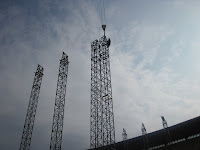 Hey all! It's been a while since we last talked. Thought I'd touch base. This is a photo of me climbing a 100ft tower in order to hook it up to a crane. I got a job building/tearing down stages for stadium concerts, as well as the production rigging for the show (meaning i pull 100lbs of motor chain up to a steel beam and build an anchor for it. these motors ultimately pull up the trusses that hold the lights and speakers). So far i've worked usher, taylor swift, katy perry, backstreet boys, sade, NKOTHB, kenny chesney, U2, amongst others. Its pretty fun. anyway. will send photos i am actually working on soon. Hope all is well!
Posted by Jace at 6:50 PM No comments:

http://www.artistsandalchemists.com/film
Posted by Kelly Gorham at 1:58 PM No comments:

Check out contact sheets of my Mystic Lake project on my Blog!!
Posted by John Schlepp at 1:26 PM 3 comments: